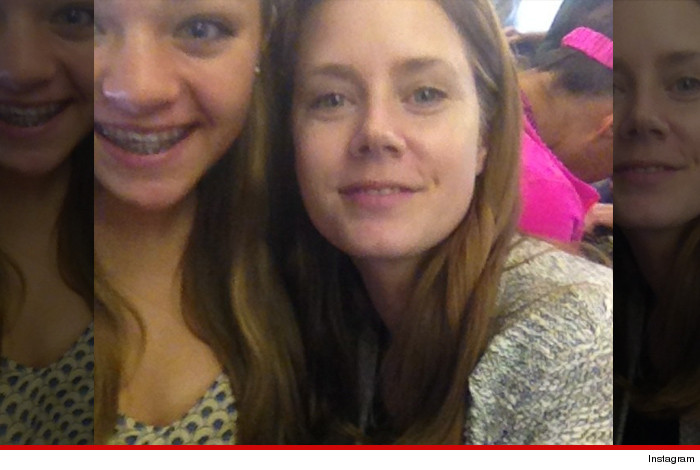 As if Amy Adams wasn't lovable enough ... the Oscar-nominated actress sat in coach on a flight from Detroit Thursday ... because she gave up her first class seat to a soldier.

Adams' grand gesture was done on the DL, but it happened to be witnessed by ESPN's Jemele Hill, who was seated a few rows in front of Adams.

Hill spotted Adams eyeing the soldier as she got on the plane and later saying something to the flight attendant. Before long, Hill noticed Adams was gone ... and the soldier was in her place.

The "American Hustle" star ended up with us normal folk in coach, where a fan snapped the above photo with Adams and wrote, "Not the best picture of me but i just met Amy Adams on my flight to LAX, this is my claim to fame. #holys*** #selfies #amyadams #soexcited"