The world’s best dad/Coachella party crasher took to his fists in Vegas over the weekend, where he allegedly punched an unidentified man at a basketball game—barely one month after a judge ended his probation for assaulting then-girlfriend Rihanna in 2009. Now he’s facing prosecution—again—and I can’t help but ask: why does every headline about Chris Brown read like something straight out of The Onion, only painfully real? 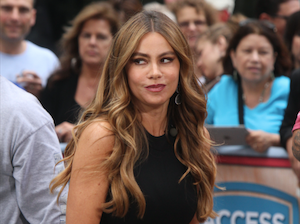 Sofia Vergara’s ex Nick Loeb sounds like a hell of a guy: despite splitting up last year, the former couple is still in the midst of a very heavy battle over embryos they’d frozen while trying to conceive. Loeb compared keeping the embryos in their current frozen state as “tantamount to killing them,” while Vergara (who’s understandably stressed) reminded listeners on the Stern show that Loeb signed a contract, and that she “hasn’t done anything wrong because somebody changes their mind suddenly.” [Cosmopolitan] 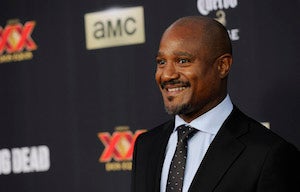 Walking Dead’s Seth Gilliam was booked for multiple charges over the weekend, including possession of pot, DUI, and driving at a clocked-in 107 miles per hour. I always thought priests were cool with that kind of stuff, but I guess he just plays one on TV. [TMZ]

•Everyone who’s anyone is going to the Met Gala and (digs into bag of baby carrots; stares wistfully out the window). [Just Jared]

•Speaking of: will shit still go down when there’s a billion dollars in the elevator AND Solange isn’t there? Time will tell. [People]

•I don’t think we’ll see North West on the red carpet tonight, but you can catch her on an upcoming episode of Keeping Up with the Kardashians. [Us Weekly]

•Dame Dash reportedly owes $50,000 in child support back payments; just wants to be a dad is all. [Bossip]