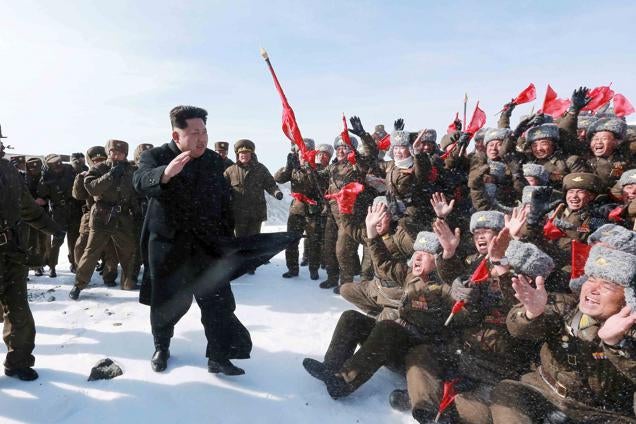 Recently, North Korea’s supreme leader Kim Jong-un “climbed” Mt. Paektu, the country’s tallest mountain. The mountain is an important place, so Kim Jong-un’s visit is very much a photo opportunity. A propaganda one, too.

What better way to show that the leader is connected to the country’s ruling elite and has gotten over that limp than by having him climb 9,000 feet? In the snow. With no hat. And a fancy hairdo.

Photos have emerged of a "new" Kim Jong-un hairdo. Simply put, it is spectacular. But how … Read more Read more

Never mind that his shoes look clean and polished and not caked with snow. 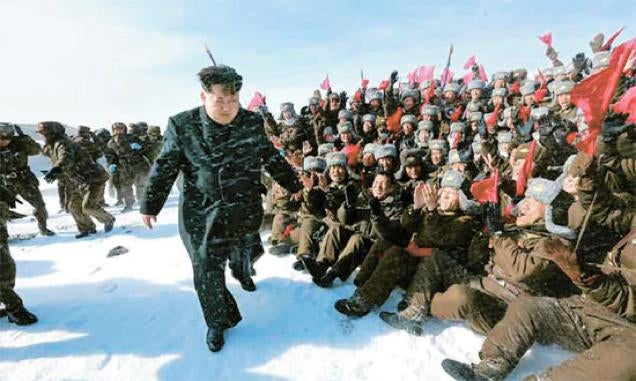 Look at him and his hair battle the elements!

In South Korea, numerous major news outlets ( here, here, and here, for example) have pointing to one image in particular that, some allege, looks Photoshopped. That’s unconfirmed. What is confirmed is that the photo does look strange.

Here is the photo in question:

The assumption is that the soldiers in the back are standing on a rock? Let’s get a closer look at the specific part that is raising red flags (pun totally intended).

On one side, there appears to a soldier’s hand propping up a soldier that is standing on something. This apparently looks cropped.

In the group that is elevated, the spaces between the soldiers’ legs are totally white, and we cannot see the legs of the soldiers behind them. We can see the volcanic crater in the background. Also, if they are standing on a rock, we cannot see that, either.

This is a rather odd photo! No wonder it’s made the TV news in South Korea, with the implication that the image has been altered in some way.

Here is a wide shot that shows you the kind of rocks that apparently can be found on this summit. 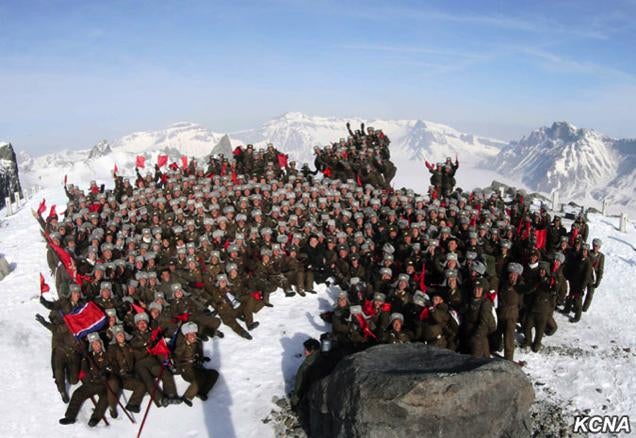 There are other photos in the set that do look more natural—as natural as a dictator surrounded by his loyal followers can look. 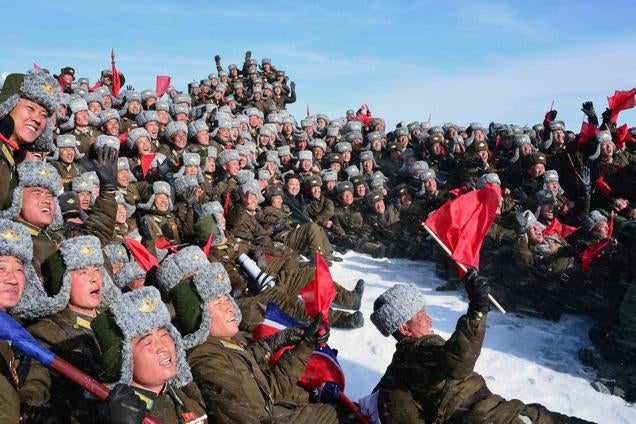 But, in those photos, you don’t get a view of the mountains in the background. 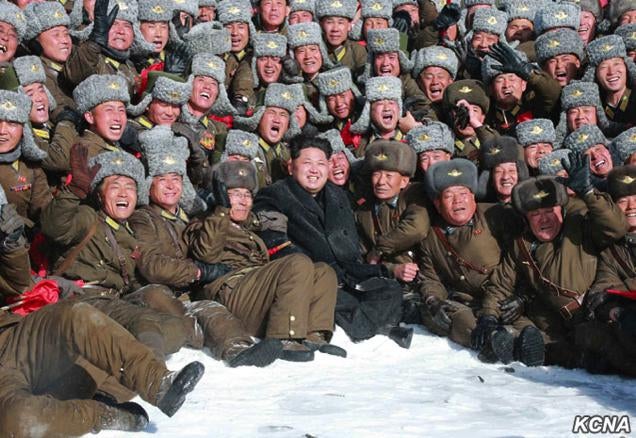 You do get Kim Jong-un sitting in the snow.

In case you are interested in the photo forensic data, here is how the image looks when run through FotoForensics.com. (Website ImageEdited.com said it “couldn’t tell” if the pic was Photoshopped.)

Over the years, North Korea has been infamous for its Photoshops—many of them not very good.

If this is a Photoshop, it might be one of the better ones. If it’s just a photo, it’s a goofy one at that.

Kotaku East is your slice of Asian internet culture, bringing you the latest talking points from Japan, Korea, China and beyond. Tune in every morning from 4am to 8am.

Source : kotaku[dot]com
post from sitemap
These Celebrity Look-Alikes Will Blow Your Mind
Do Not Fuck With Bees