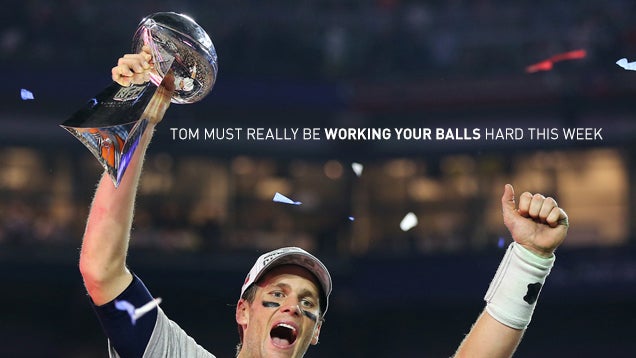 At the center of Ted Wells’s Ballghazi report are Jim McNally and John Jastremski, two longtime Patriots employees who are the primary handlers of the team’s game balls. Jastremski is the official “game ball maker” for the team, and McNally is the officials’ locker room attendant. According to the Wells report, these dudes frequently conspired to deflate game balls at Tom Brady’s request—McNally even referred to himself as “The Deflator”—and there are hilarious text messages to prove it.

It seems like so long ago, we were talking about ethics in deflated balls. Ted Wells released his… Read more Read more

Here’s one exchange from the 2014 offseason (“Bird” is McNally):

And here’s Jastremski texting with an unidentified person during a Thursday night game against the Jets:

And here are texts between Jastremski and McNally from the following morning:

A constant theme running through these messages is McNally being fed up with Tom Brady. To wit:

What a burn! And on it goes:

And here we see Jastremski offering to score McNally some free shoes in exchange for his deflation services.

Being Tom Brady’s ball-deflating henchman sure seems like a thankless job.